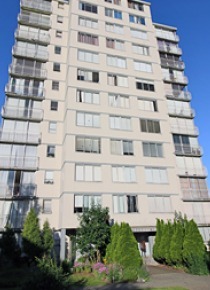 Vancouver has a wide variety of residential, luxury and affordable, high-rise, mid-rise and low-rise buildings. Condos in Coal Harbour, Downtown, False Creek, The Village (Olympic Village), and Yaletown, are highly sought after amongst tenants!

Vancouver is well known as an urban centre surrounded by nature! The mild climate of the city and proximity to the ocean, mountains, rivers and lakes make the area a popular destination for outdoor recreation. Vancouver has thousands of acres of parks, of which, Stanley Park is the largest. The city has several large beaches, many adjacent to one another, extending from the shoreline of Stanley Park around False Creek to the south side of English Bay, from Kitsilano to the University Endowment Lands.

Vancouver’s coastline provides for many types of water sport, and the city is a popular destination for boating enthusiasts. Local sports teams include The Vancouver Canucks (NHL), The BC Lions (CFL) and The Vancouver Whitecaps FC (MLS). Vancouver has hosted many international events and conferences, including the FIFA Women's World Cup, the Winter Olympics, the Commonwealth games and Expo.

Major film production studios in Vancouver have turned the city into one of the largest film production centres in North America, earning it the nickname, "Hollywood North".

Search for unfurnished pet friendly rental properties by city. Advent's pet friendly apartment and townhouse rentals may allow for 1 pet, some 2 pets, and bigger detached homes may allow for more, this is the decision of the landlord or Strata Corporation (if applicable). Be sure to ask our Property Managers exactly how many pets are allowed in the property that you’re interested in viewing. A pet deposit of 50% of the monthly rental rate is required along with references.

YOU ARE HERE: furnished

GET A QUOTE TO RENT YOUR PROPERTY